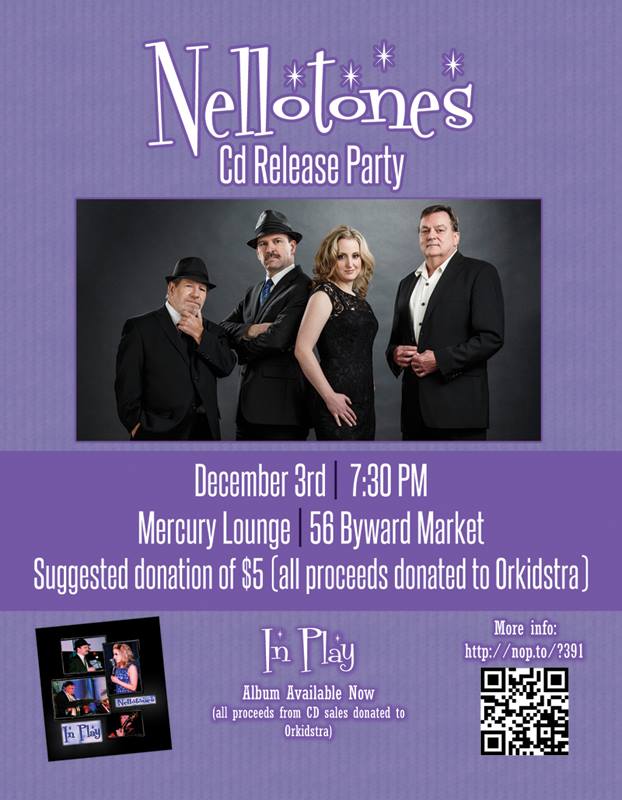 The Nellotones, an Ottawa-based jazz/blues combo released their debut CD—“In Play” at their official launch on December 3rd at Mercury Lounge in the Ottawa Byward Market with resounding success! The band was recently featured on Fresh Air on CBC.ca where two members of The Nellotones discussed with Mary Ito their music and giving back to the community.

All proceeds from the CD’s sales support OrKidstra which exists to give children from under-served communities the opportunity to learn and make music together and the chance to benefit from the individual skills and community values that are inherent in music-making.

To date, The Nellotones, have raised over $5,000 for The Leading Note Foundation’s OrKidstra program! Many thanks to the generous support of the band, Nelligan O’Brien Payne, and our Ottawa community in this initiative.