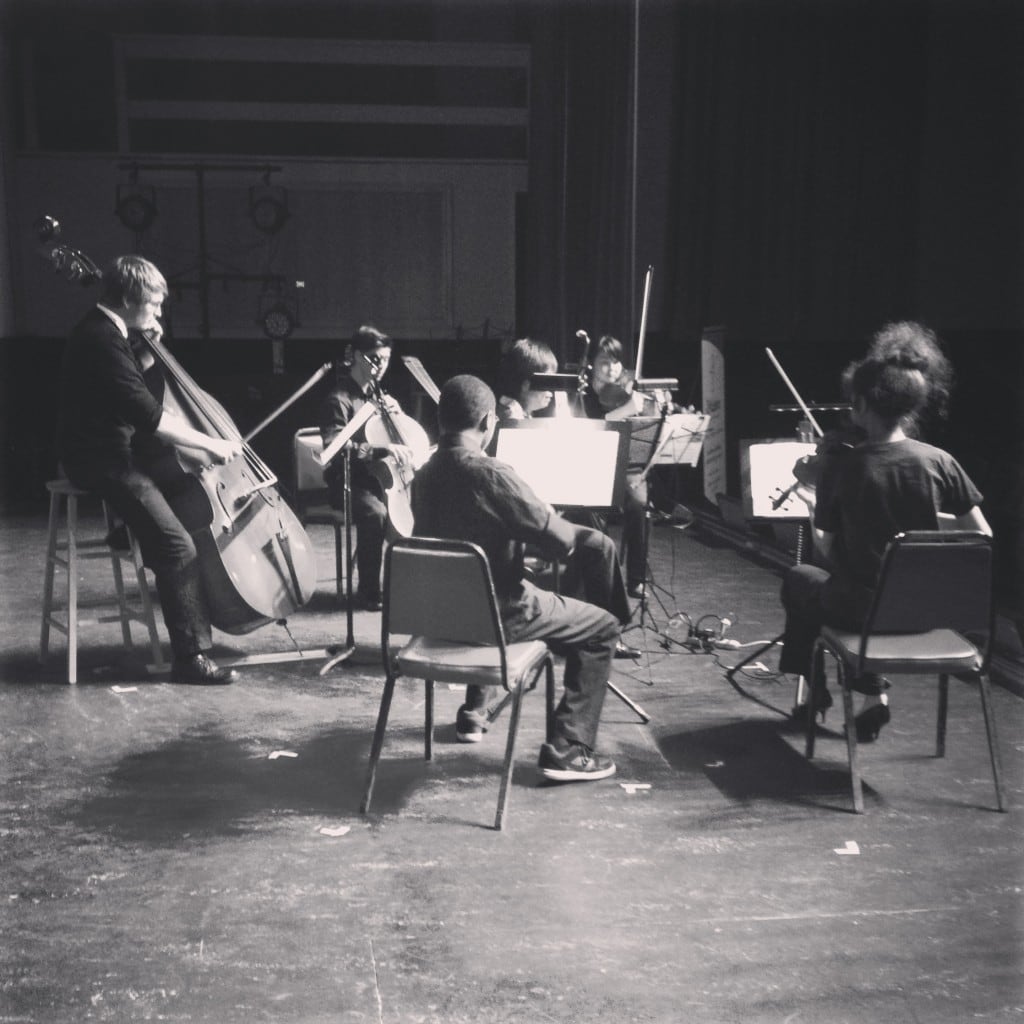 On March 21 the OrKidstra Chamber Groups ventured to Trillium Hall, a beautiful venue on Kent Street, to perform in our first ever Cultures in Concert! Cultures in Concert was inspired by OrKidstra‘s 300 students from 42 linguistic and cultural backgrounds. The concert series was created to celebrate our community and build cultural bridges through music.

This specific concert focused on Chinese music. We were fortunate enough to be joined on stage by the The Silflay String Quartet, Marjolaine Fournier and Patty Chan.

The Silflay String Quartet has two husband and wife teams:  violinists Leah Roseman and Mark Friedman, and violist Paul Casey and cellist Karen Kang. Mark has been a member of the National Arts Centre Orchestra since 1984, and Leah since 1997. Paul has been a member since 2014 and Karen has been playing regularly with NACO during this past year. We are lucky enough to have Paul and Karen both teaching with us here at OrKidstra! Double bassist, Marjolaine also joins us from the National Arts Centre Orchestra. She was also be featured on the traditional stringed Chinese instrument, the Erhu.

Patty Chan. We were so lucky to be joined by Patty. Toronto native Patty is the Concertmaster of the Toronto Chinese Orchestra and teaches Erhu in her private studio, at York University’s Chinese music program, and Yee Hong community classes.

The concert program featured a diverse range of styles and composers. The Silflay String Quartet performed Claude Debussy’s String Quartet in G minor and the rest of the program consisted of folk songs, traditional songs and other Asian inspired pieces.

The event was a great success and the OrKidstra kids and the pros played incredibly! Congratulations to all who participated! We are so pleased with the success of the first ever Cultures in Concert!

Please click on the following link to see a clip of Dragon Dances (featuring the OrKidstra chamber players, the Silflay String Quartet, Marjolaine Fournier and Patty Chan). It was the final piece of the concert.