Watch highlights from “OrKidstra: LIVE in Concert!” recorded on June 1, 2022!

After two years of virtual summer programming, for two weeks, from July 4 to July 15, 2022, OrKidstra held its first in-person summer camp since 2019! The first week’s camp invited our older students to grow their leadership skills through OrKidstra’s “Leaders in Training” (LiT) program. During the second week, the older students (LiTs) mentored a new cohort of younger students and learned how to become someone else’s best teacher (along with being their own)!

During the mornings, campers participated in a variety of musical activities (rehearsals, performances, workshops, etc.), which culminated on Thursday, July 14’s “Play & Tell” concert. This showcase featured all CAMP OrKidstra participants on stage in performances by the KidStarters, KidSingers, KidPlayers, and KidStringers. A show highlight was the combined KidPlayers and KidSingers (all campers) performing Louis Armstrong’s iconic song “What a Wonderful World.” A pot-luck dinner followed this concert with all the students and loved ones who attended the show. The camp’s focus on mentorship was palpable, as you could witness the younger students being guided on stage and inspired by their older peers. It was also encouraging to see the younger students grow so quickly, both musically and personally, through interacting with the LiTs and our amazing Teaching Artists.

In the afternoons, campers participated in a variety of fun and educational workshops, games, and activities, ranging from a rehearsal at the National Arts Centre, to outdoor water games at our Vanier Hub, to community outreach, to musical improv, to making tie-dye t-shirts, to a field trip to Saunders Farm. For the older students, the afternoon sessions in the first week focused on mentorship and leadership through OrKidstra’s LiT program. These afternoon sessions concentrated on creativity, music, and fun for the younger students in the second week. The older kids also put their mentorship skills into practice by helping younger campers and staff throughout the week. These mentorship skills were particularly evident during the “Honk, Blow, n’ Screech,” where older students who already play an instrument helped younger students decide which instrument they wanted to study. The LiTs were creative, thoughtful, and kind with the kids as they tried instruments like the violin, trumpet, flute, cello, and trombone. The younger campers are thrilled to be starting a musical instrument this fall and begin working towards becoming a mentor themselves. As OrKidstra student Aniket told me, he “can’t wait to be a LiT!”

All in all, the CAMP was a huge success and representative of the culture of mentorship that OrKidstra actively fosters. We look forward to seeing all these students again in the fall – some as experienced mentors, and some experiencing the joy of playing an instrument for the very first time!

CAMP OrKidstra is part of the Anne Taylor Summer Program. Anne Taylor was a member of OrKidstra’s Board of Directors who passed away in the summer of 2014. For Anne, OrKidstra was a perfect fit, combining her abiding passion for children’s education with her deep love of music; OrKidstra established the program in her memory. 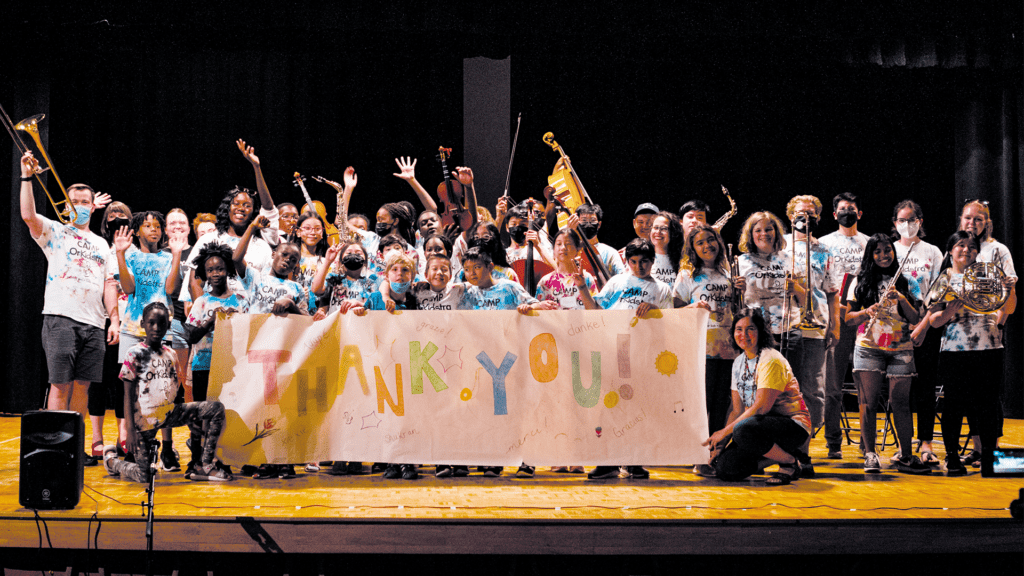