Watch highlights from “OrKidstra: LIVE in Concert!” recorded on June 1, 2022! 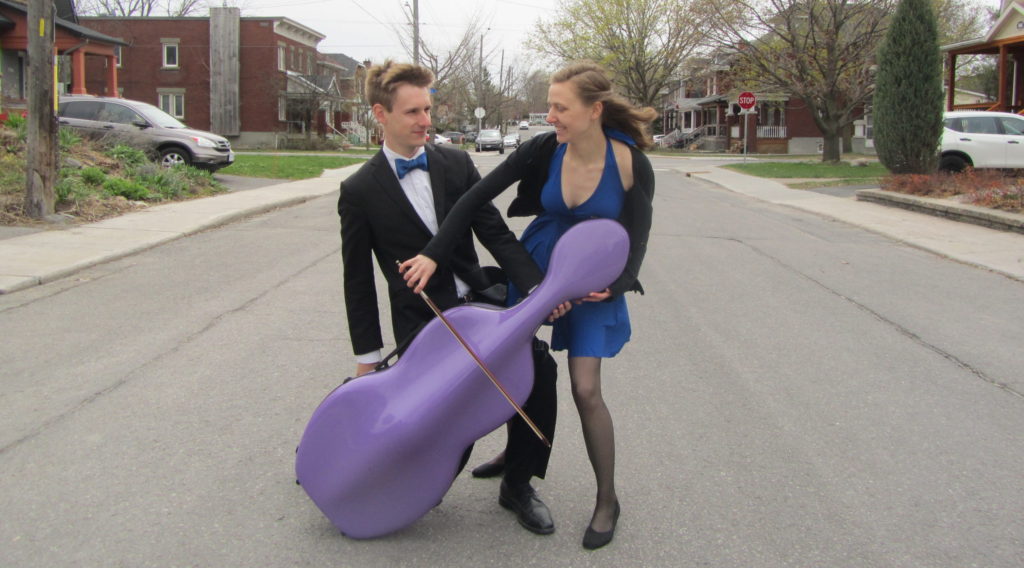 OrKidstra is proud to present Acanthus Duo, for an interactive hour of cello and piano music from a variety of genres and styles! This FREE one-hour concert for the OrKidstra family will take place online via Facebook livestream on Friday, May 15 from 3 to 4 PM, EDT. From classical chart-toppers like The Swan and Rachmaninoff’s Cello Sonata to lesser-known gems like Da Falla’s Suite Populaire Espagnole and Bach’s Gamba Sonatas and even some film music, we promise there will be something for everyone.

Emma Grant-Zypchen and Christopher Knopp met during their Bachelor’s Degrees at McGill University, when they were assigned to play the Rachmaninoff Cello Sonata together for one of their classes.  The two inspired each other and enjoyed making music together so much that they decided to work and perform together as a duo after their class had finished. Since then, they have explored a large repertoire including well-loved music such as Beethoven’s sonatas and the concerti of Elgar and Schumann as well as lesser-known pieces by composers like Joan Tower and Isang Yun.

Over the past two years, Emma and Chris have performed in a large variety of events and concerts, and have found that they especially enjoy the setting of a house concert.  Following in the tradition of Schubert, who hosted “Schubertiades” in the 19th Century Viennese homes of his friends and financial supporters, the two have performed in intimate spaces in Montreal, Ottawa and Vancouver.  This close and comfortable proximity with their audiences has allowed them to converse with present unique performances that educate and inspire.

As a duo, Chris and Emma strive to communicate the rich emotional content of music in a way that leaves them all with a greater appreciation for art and life.  In addition to their performing schedules, they both have private teaching studios with the hopes of passing their love of music on to the next generation.  In their free time, the two might be found swing dancing, writing poetry, or baking cinnamon buns.

Book An EventTreat your audience to an unforgettable experience

From a quartet to a full orchestra, we have the range and flexibility to entertain a small gathering to a full-scale outdoor event.
<br/><!-- [et_pb_line_break_holder] --><a class="button inverse" href="/events/book-an-event">Learn More</a>